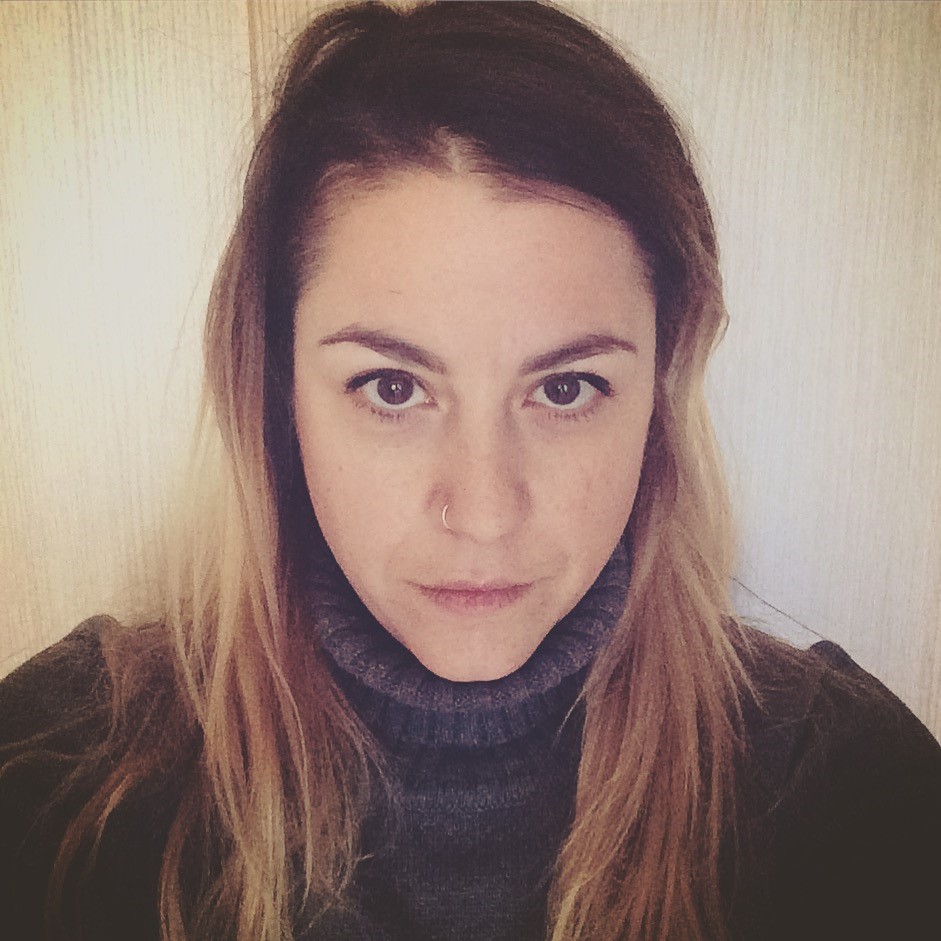 Eleni Ralli (born 1984) studied composition and musicology in Thessaloniki (GR), Basel (CH) and Bern (CH). She is currently living and acting (since 2013) in Basel, Switzerland. As a composer, she attended many workshops, seminars and master classes with various famous composers – among others – Salvatore Sciarrino, Mark Andre, Beat Furrer, George Aperghis, Manos Tsangaris, Simon Steen-Andersen, Carola Bauckholt and Pierluigi Billone.
She participated in several composition competitions and was chosen as finalist several times.
She was finalist in 2008/2009 "International Music Prize for Excellence in Composition", 2014 "aXes Krakow Festival" and “Iktus Percussion International Score Call” with her piece Complex Combinations in 3 and in 2015 at "IV Kiev International Master Classer for new Music Course", in 2018 at “IV International Sergei Slonimsky Competition” (Sankt Petersburg) her piece All alone (among the others) I.5 and in the same year in Delian Academy for New Music (Mykonos, Greece) with her piece ALSB Always Leave Something Behind.
She was commissioned as a composer to festivals like Zeiträume Basel, Biennale für Musik und Architektur and Symposium Studio 31, Basel, Switzerland, Leicht über Linz and Impuls, Austria, TACEC Generation Argentina, Crossroads, Austria, Il Suono Academy for young Composers, Italy, Offborders Festival, Thessaloniki and many others around the world.
She cooperated with various ensembles all over the world and have some of her works commissioned by them: dissonART Ensemble Greece, Ensemble Recherche Freiburg, Ensemble Phoenix Basel, Ensemble Meitar Israel, Ensemble Asamisimasa Denmark, Ensemble Nostri Temporis Kiev, Musikfabrik Köln, Ensemble Platypus and Ensemble Il Suono Gialo Italy. She is currently cooperating with Akademie der Künste Berlin –among other zoung composers– for Labor Beethoven 2020, a jubilee for the 250th birthday of Beethoven.
She has compositions varying from solo instruments to full orchestra. Her works ALSB Always Leave Something Behind and Circle around the Edge for Solo Accordion were published in years 2018 2015 by Edition Avantus. Her works have been performed so far in Germany, the Ukraine, Switzerland, Greece, Poland, Holland, Israel, Italy, Austria, England, Russia and Iran.

She has presented her ongoing research about the Harry Partch, his musical language and his instruments in conferences:

•    The Instruments of Harry Partch, his Notation System and the Harmonical Phenomena in his Music “Fermentationstag Mikrotöne“ – Basel 2016,
•    Harry Partch. The Importance of Conserving and Understanding his Instruments to Preserve his Music “CIMCIM Annual Conference“ – Basel – Bern 2017,
•    On the benefit of renotating Harry Partch’s music for understanding and analyzing his harmonic language. “Symposium 2017, Mikrotöne, Small is beautiful“ – Mozarteum University, Salzburg.

She published texts in the musicological papers and magazines Positionen ”Inmitten von Ruinen...“ and Dissonance ”Rheinunterquerungen, Eine Unterwasser-Reportage über das Projekt “Klangtaucher”. Her Master Thesis about the work Situations from Georges Aperghis was uploaded in his personal site
(http://www.aperghis.com/txt.html).

Analysis – Harry Patch's Instruments, Notation and Musical Language with Regard to Performance and Composition Practice

Harry Partch, one of the most important pioneers in American music history of the 20th century, was the first composer to invent and build almost all the instruments he needed for the performance of his works. Although Partch is admired in the US from a small circle of specialists, his music was almost unknown in Europe. This changed after the Ensemble Musikfabrik Köln copied almost all of Partch's instruments in a project held between 2008-2013. The original instruments are now in a partially almost unplayable condition at the University of Washington. The research project aims to examine the fundamentals of musical theory in instruments and compositions in a practice-oriented perspective and to clarify the potential of his concept for today's music. This dissertation will therefore examine the aspects of Partch's compositional language, the theoretical and notation systems, the instruments and their relevance to today's practice after extensive fieldwork and the analysis of the original instruments (UW) and their replicas (Cologne).